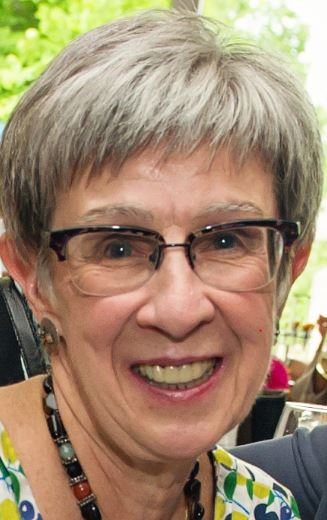 It is with a heavy heart that we inform you that the founder of the University of Michigan Carl Rinne Lewy Body Dementia Initiative, Tamara Real, lost her battle with ALS (amyotrophic lateral sclerosis) on November 16, 2017. She died peacefully at home surrounded by loving friends and caregivers.

Tamara had a lifelong passion for and commitment to the arts. She became the first executive director of The Arts Alliance in Ann Arbor in 2002, where she moved a fledgling organization to a respected entity with mission and purpose.

When her beloved husband, Carl Rinne, was diagnosed with Lewy body dementia (LBD), Tamara turned her passion to supporting families affected by LBD and building awareness of this common — but little known — disease that affects 1.4 million Americans.

Because she felt lost and confused about this disease, she started an LBD-specific caregiver support group in Ann Arbor, which also became the first support group offering concurrent support to those who were living with LBD. She also joined the board of the Lewy Body Dementia Association.

One of Tamara’s greatest joys in the past few years has been the success of the Rinne LBD Initiative. There are now three active support groups for caregivers and those with LBD in Ann Arbor, Brighton, and Southfield. She was pleased to learn that the MADC was recently named a Lewy Body Dementia Association Research Center of Excellence, in large part due to the support and education programs of the Rinne LBD Initiative that MADC Director Dr. Hank Paulson is now representing on a national level.

Tamara requested donations be made in her name to a new endowment fund, The Carl Rinne and Tamara Real Lewy Body Dementia Support, Education and Awareness Endowment Fund (victors.us/tamarareal).

The MADC is saddened by the loss of such a passionate person, but we know that her legacy will live on in the wonderful programs that she has created through the Initiative.  There will be a Celebration of Life for Tamara in the new year, with details provided at a later date.