The MADC is proud to support innovative, high-impact research into new ideas about the causes and treatment of dementias through our Pilot Project Program. This program offers “kick-starter” research funding to younger investigators at the University of Michigan, Michigan State University, Wayne State University, and Veteran Affairs Ann Arbor Health System so that they can begin testing their ideas.

We are pleased to announce the 2018-2019 Pilot Project Awardees:

Dr. Eunjee Lee is a Research Assistant Professor of Biostatistics at the University of Michigan. Her research interests lie in developing statistical methods to explore biomedical data, such as brain imaging and genetic data. Her current work is focused on Bayesian methods for functional data analysis, matrix decomposition, and variable selection in high-dimensional settings.

Dr. Seraji-Bozorgzad is an Assistant Professor of Neurology at the University of Michigan. The interaction of body and brain in disease state are of particular interest to him, both in terms of neurological manifestations of systemic disease, and effect of neurological disease on other systems. His research experience is in the field of MR imaging. He is interested in biomarkers of brain injury and repair, as it applies to various degenerative disorders, including Alzheimer’s disease.

Dr. Rohit Marawar is an Assistant Professor of Neurology at Wayne State University. Dr. Marawar’s expertise and training is in the field of epilepsy. Recently, he transitioned his focus into hyperexcitable brain networks in cognitively normal and abnormal elderly – including those with Alzheimer’s disease and related dementias. Dr. Marawar contributed to the development of the Geriatric Epilepsy Clinic at Wayne State University-Detroit Medical Center. 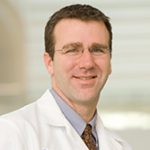 Dr. Peter Todd is the Bucky and Patti Harris Career Development Professor of Neurology and an Associate Professor of Neurology at the University of Michigan. His research explores the molecular mechanisms in neurodegenerative diseases with a particular interest in repeat expansion diseases such as the recently discovered C9ORF72 expansion underlying frontotemporal dementia. Dr. Todd is also a staff neurologist at the Ann Arbor VA Medical Center. He has worked in the field of Fragile X research for almost 20 years. 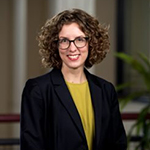 Goal: To test the overarching hypothesis that racially-patterned social stress (discrimination) partially explains disparities in cognitive health through its effects on inflammation. In addition, this study will test whether associations among race, social stress, inflammation, and cognition differ according to socioeconomic status and quantify effects of examiner-examinee racial discordance on cognitive performance.

Dr. Laura Zahodne is a clinical neuropsychologist and an Assistant Professor of Psychology at the University of Michigan. Her research interests include psychosocial factors in aging and neurodegenerative disease, psychosocial factors and racial/ethnic diversity in cognitive aging, and statistical modeling of symptom trajectories in aging and neurodegenerative disease.

We look forward to seeing how this important research progresses in the coming year.