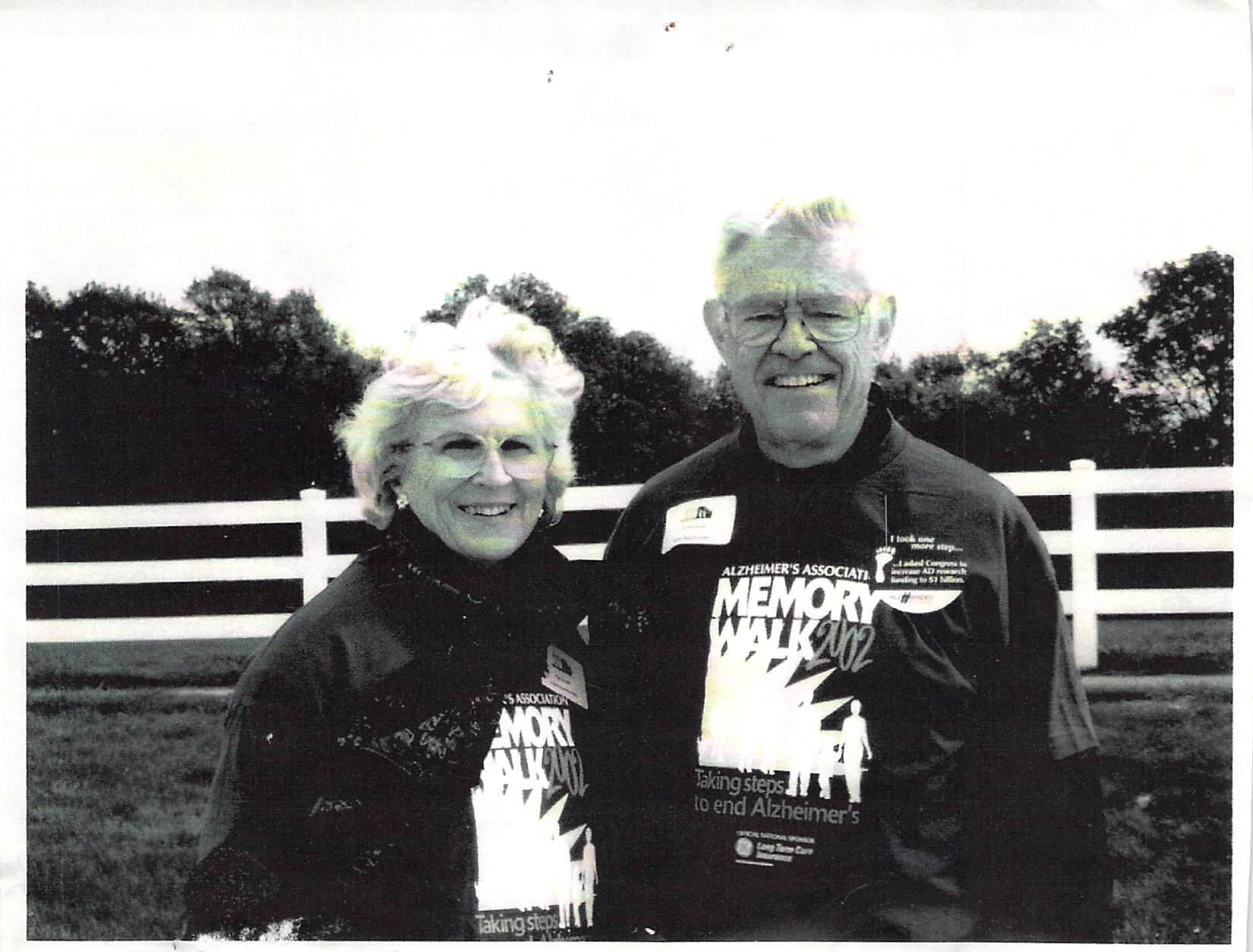 “This was something important to our dad, hence, very important to us that we help make it happen, as he wished,” Bonnie shares with Matthew Perkins, Michigan Brain Bank Coordinator. Bonnie’s father, David, passed just last year, but had signed up for the brain donation program some 15 years earlier at the onset of his journey with what he and his family thought was Alzheimer’s disease.

“Our grandmother lived a long, agonizing journey with Alzheimer’s disease for nearly 20 years. Our mother also struggled with memory loss, though it was never diagnosed. So Dad really wanted to help and signed up for the autopsy program and research studies early on when he was diagnosed at the University of Michigan. Our parents were very involved in advocacy and volunteer efforts for the disease, so it was not shocking that he signed up for the brain donation. Though at times, knowing Dad, we would guess that he did it for us kids also.”

This kind of story is common. Many reasons may lead someone to volunteer for brain donation, including family ties, giving knowledge to future generations, a hope to contribute to something bigger than ourselves, and supporting children and their health through the knowledge gained by autopsy.

As mentioned, David was diagnosed with Alzheimer’s disease here at the University of Michigan. His mother-in-law was also diagnosed with Alzheimer’s disease at Rush University in Chicago. Their journeys with the disease were very different. While David remained very physically active for most of the disease and faced challenges with his speech as the disease progressed, his mother-in-law faced mood changes, immobility, and challenges feeding herself. The journey with dementia varies from person to person, and symptoms are often diverse.

This diversity in the manifestation of the disease often stumps even the most knowledgeable of physicians. Although David lived for nearly 15 years with a diagnosis of Alzheimer’s disease, at his autopsy his children learned that he was in fact living with a similar but distinctly different disorder called Primary Age-Related Tauopathy (or PART). PART manifests similarly to Alzheimer’s disease in the clinic, however, pathologically the brain only shows signs of neurofibrillary tau tangles. The other pathological hallmark of Alzheimer’s disease, beta amyloid plaques, are missing. At this time, PART is impossible to detect in the clinic and can only be diagnosed through brain autopsy.

There is still so much research that needs to be done and knowledge to be gained so that patients and their families can receive accurate diagnoses. “I just want to understand,” Bonnie shared as she describes her thirst for knowledge when it comes to her father’s health and the health of her entire family line as it relates to dementia.

The brain donation program here at our Center, in partnership with the Michigan Brain Bank, offers an outlet for patients and their families to contribute to future knowledge while also receiving concrete answers to their family member’s medical condition. This program ships samples as small as five microns thick across the country, so one donation can impact hundreds of research studies. Donations are also stored safely at -80 degrees Celsius at the Michigan Brain Bank so these donations are accessible for years to come. Family members of those who participate in the brain donation program also receive a complete report following the autopsy so that they can understand the full scope of their family member’s disease, and how it could relate to their own health.

Participating in a program such as brain donation is a big, and sometimes uncomfortable decision for family members to face. To provide comfort and assistance throughout the entire process, family members and patients are able to contact Matthew Perkins, Coordinator of the Michigan Brain Bank, with any and all questions. Matthew himself arranges all the paperwork, communicates with families, and performs the autopsies, so it is often comforting that he knows all volunteers by name.

David passed almost a year ago, and Bonnie can still describe the feelings she felt when she received a call from Center Director, Dr. Hank Paulson on the morning of her father’s autopsy. “He was so kind, and expressed his deep gratitude for our father’s donation. He and Matthew truly made this journey easier.”

If you or a family member are interested in participating in the brain donation program, we would love to hear from you and answer your questions. Please contact Matthew Perkins at perkmd@med.umich.edu or 734-647-7648.