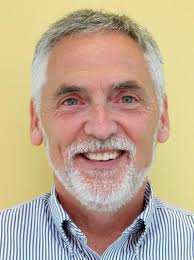 Dr. Paulson is the Lucile Groff Professor of Neurology for Alzheimer’s Disease and Related Disorders and Director of the NIH/NIA-funded Michigan Alzheimer’s Disease Research Center (MADRC) since August 2016. Dr. Paulson is also the Co-Director of the Protein Folding Diseases Initiative at the University of Michigan. He has worked for more than twenty years on degenerative brain diseases, both inherited and acquired. As a neurologist and neuroscientist, Dr. Paulson is deeply committed to translating findings from the research bench to the patient bedside. Toward that goal, he focuses on building connections between scientists, clinicians and the public, not only across the University of Michigan campus but also across the state of Michigan. He received his MD and PhD degrees from Yale University School of Medicine and his Neurology fellowship training at the University of Pennsylvania. As a 2020 recipient of the NINDS Landis Outstanding Mentor Award, Dr. Paulson has a strong track record in mentoring scientists and clinician scientists.

Dr. Giordani serves as the Chief of Psychology, and is a tenured Professor in the departments of Psychiatry, Neurology, and Psychology as well as the School of Nursing at the University of Michigan. Dr. Giordani is the Associate Director of our Center. Associated with the Center for over 25 years, Dr. Giordani has a longstanding history of connecting with the community to promote a better understanding of Alzheimer’s disease and related conditions. He has served on the Executive Board of the local Alzheimer’s Association chapter since 2007 and has been both its Board Chair and National Representative, as well as a Steering Committee being a member of the national Association’s Assembly Steering Committee. His research initiatives focus on a cross-cultural perspective on the early assessment of cognitive and behavioral changes associated with medical illness and the interaction of cognition and mobility across the life-span. Dr. Giordani completed his MA and PhD in Clinical Psychology at the University of Virginia and received his postdoctoral training in Clinical and Research Neuropsychology at the University of Michigan.

Dr. Bakulski is a Research Assistant Professor at the University of Michigan School of Public Health and our Center's Data Core leader.  She joined the U-M faculty in the Department of Epidemiology in 2016.  Dr. Bakulski is an environmental and genetic epidemiologist with expertise in epigenetic epidemiology.  She is interested in applying these tools to understand the combined genetic and environmental etiology of neurological disorders throughout the life course. She has worked on mental health issues such as autism spectrum disorder, substance abuse, and Alzheimer’s disease. 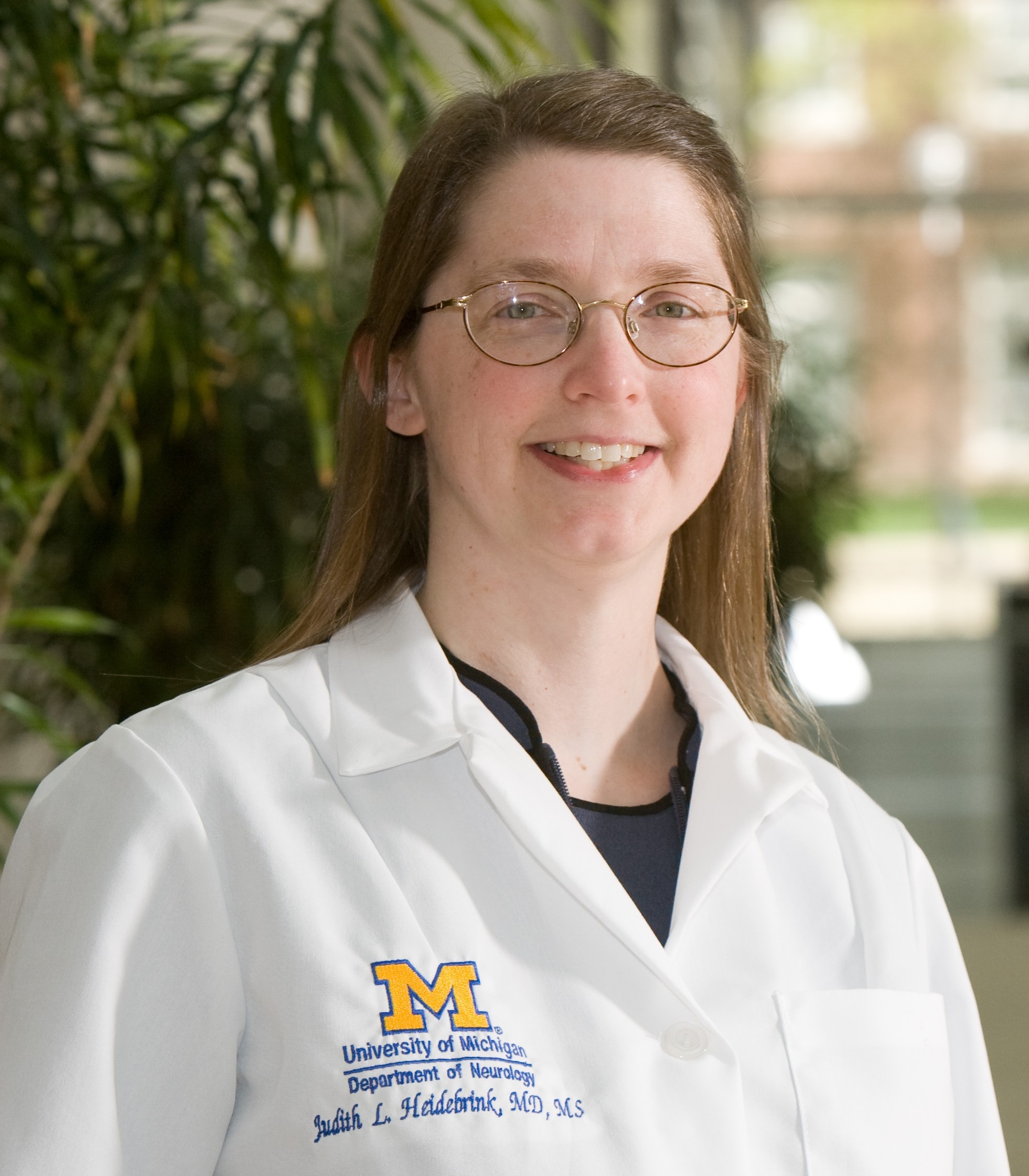 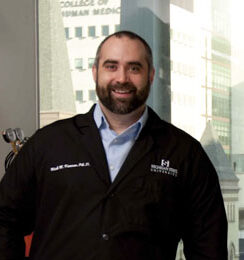 Dr. Kanaan grew up in Canton, MI and obtained a B.S. in Neuroscience, Psychology, and Sociology from Central Michigan University (Mt. Pleasant, MI). He then went to Chicago, IL to obtain a PhD in Neurological Sciences from Rush University Medical Center, and then stayed in Chicago for his postdoctoral training with Dr. Lester Binder at Northwestern University. His interests outside of the lab include photography, woodworking and fishing.

Dr. Kanaan’s laboratory researches neurodegenerative diseases such as Alzheimer’s disease and Parkinson’s disease as well as the role of aging-related changes in neurodegenerative disease.  Studies in the Kanaan lab focus on the molecular mechanisms underlying degenerative diseases and exploring therapeutic strategies.  The Kanaan lab uses a combination of experimental approaches, including in vitro and in vivo model systems, to tackle scientific questions. Regardless of his specific basic science endeavors, one of Dr. Kanaan’s fundamental aims is to conduct research that will ultimately translate into improvements in the lives of the people affected by these devastating diseases. Please visit Dr. Kanaan’s laboratory web site to learn more. 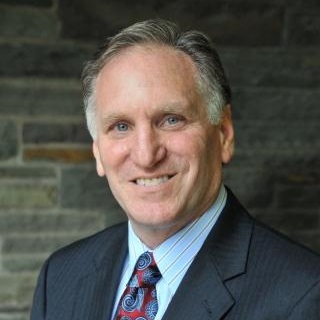 Dr. Lichtenberg is the Research Education Component Co-Lead of the MADC, the director of the Wayne State University Institute of Gerontology, and Co-Director of the Michigan Center for Urban African American Aging Research (MCUAAAR). He is an expert in Geriatric Psychology and a national leader in addressing health disparities in elderly minority populations. In his role at Wayne State University, Dr. Lichtenberg has founded the IOG pre-doctoral training program in aging and urban health, was the Principle Investigator on a National Institute of Aging training grant from 2001-2012, and has helped train nearly fifty doctoral students in an intensive aging research program. As the MADC REC Co-Leader, Peter has been instrumental in the MADC’s success with recruiting underrepresented minorities in Detroit.

Dr. Lieberman is MADC Neuropathology Core Leader, Abrams Collegiate Professor of Pathology, and Director of Neuropathology at the University of Michigan. He is internationally known for his research on the mechanism of inherited degenerative brain disorders. He is passionate about understanding how brain cells “handle” the abnormal proteins that accumulate in so many brain diseases including the dementias, so that we can design rational approaches to therapy. Dr. Lieberman received his MD and PhD degrees from the University of Maryland Medical School, and completed residency training in Anatomic Pathology and fellowship training in Neuropathology at the University of Pennsylvania. 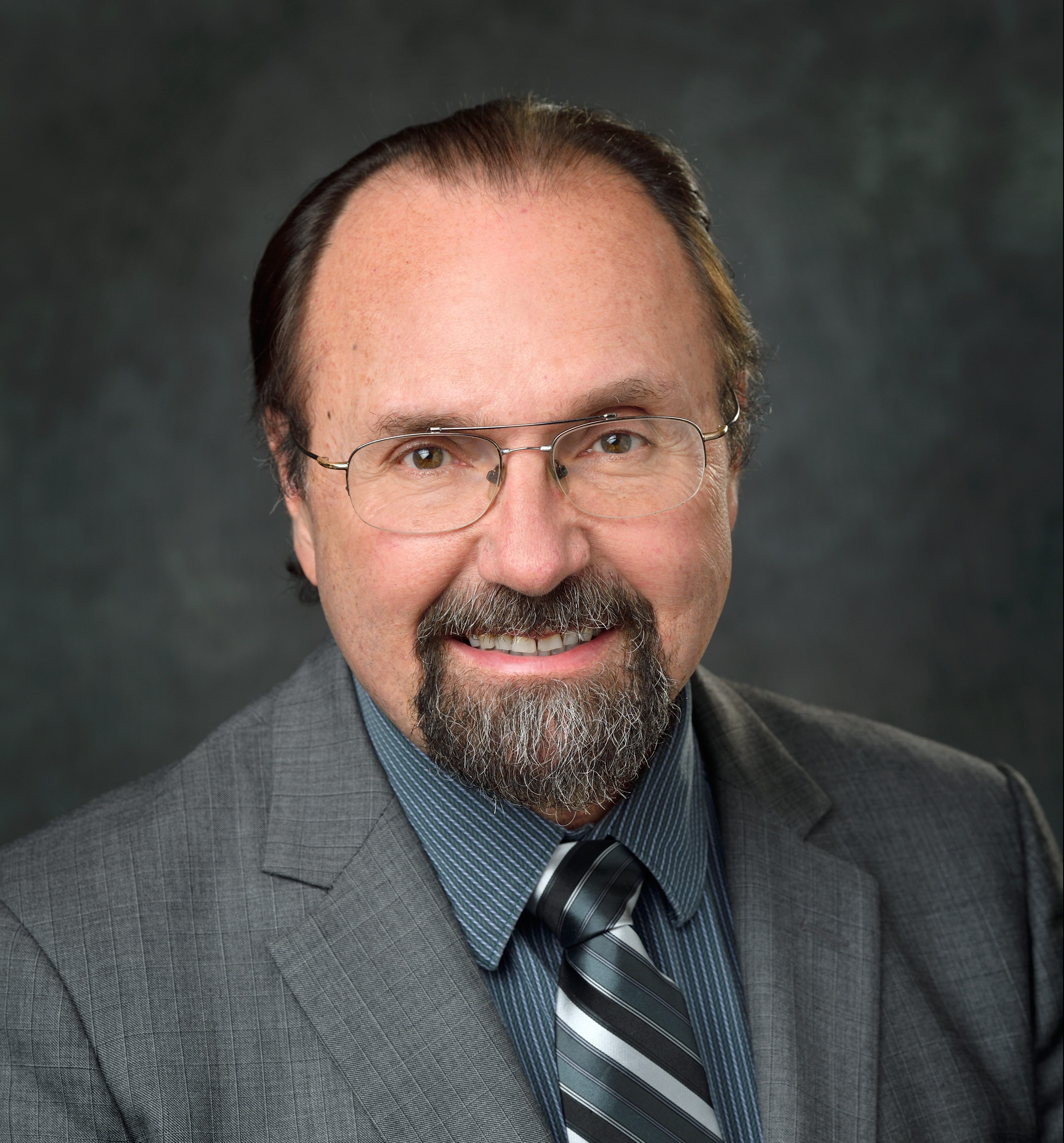 David Morgan is a Professor in the Department of Translational Neuroscience. He received his training at Northwestern University. His doctoral research at Northwestern University was with Aryeh Routtenberg where they investigated the neurochemistry of memory, resulting in a publication of part of his dissertation in Science. Dr. Morgan’s postdoctoral studies addressed aging-related changes in rodent and human brain in the laboratory of Caleb “Tuck” Finch.  Morgan became a faculty member at the University of Southern California in 1986 where his research projects focused on astrocytes and microglia in aged brain, including Alzheimer's tissues. After moving to South Florida in 1992, Morgan participated with John Hardy and Karen Duff in the development of a transgenic mouse model of Alzheimer's disease (APP+PS1). He has developed methods to measure the damage that occurs in the brains of these mice and studied how this damage causes memory deficits in the mice. Morgan was the first to show that immunotherapy against the amyloid peptide rescued the memory deficits in APP mouse models of amyloid deposition.

Dr. Morgan has over 200 peer-reviewed publications and his H factor is 57. He has participated in 20 NIH funded research grants totaling over 80 grant-years of research support as Principle investigator or Co-Investigator over the last 25 years.  His research program has received $16 million in support from multiple agencies. In addition to his research activities, Morgan has consulted with major pharmaceutical companies and small biotechnology companies regarding the development of therapeutics for Alzheimer's disease. He has also advised capital investment organizations regarding the most promising therapeutic approaches to curing Alzheimer’s disease. 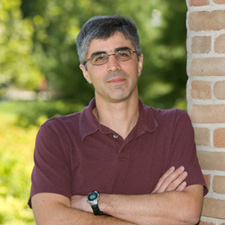 Doug Noll is the Ann and Robert H. Lurie Professor of Biomedical Engineering, a Professor Radiology, and Co-Director of the Functional MRI Laboratory. Dr. Noll's research is focused on the data acquisition and processing for imaging brain function using magnetic resonance imaging (functional MRI or fMRI). Projects include development of rapid image acquisition techniques, post-processing and analysis methods, methods for elimination of movement and other artifacts, characterization and quantification of the fMRI response through physiological modeling, development of systems and methods for parallel excitation in MRI, and development of image reconstruction methods. As part of Functional MRI Laboratory, this group collaborates with a broad range of neuroscientist to develop an understanding of the organization and functioning of the normal and diseased brain and to apply the technological advances to quantitative imaging of brain function in a variety of neurological and psychiatric disorders. Recent collaborations include work to use MRI to guide and monitor focused ultrasound therapy (e.g. histotripsy).

Scott Roberts, PhD, is a Professor of Health Behavior and Health Education at the U-M School of Public Health, where he directs its certificate program in Public Health Genetics and co-directs a dual master’s degree program in Public Health and Genetic Counseling. Dr. Roberts conducts research related to health education and support services in AD and has served since 2001 as Co-PI of the NIH-funded REVEAL Study, a NIH-funded series of randomized clinical trials evaluating the impact of disclosing genetic risk information to individuals with a family history of AD. Prior to coming to U-M, Dr. Roberts served as Co-Director of the Education Core in the NIA-funded Boston University Alzheimer’s Disease Center. He now directs the MADC Outreach, Recruitment and Education Core. 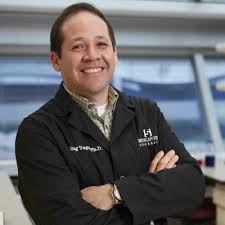 Irving E. Vega obtained his undergraduate degree in Biology from the University of Puerto Rico-Mayaguez Campus, where he was a NIH-Minority Access for Research Careers (MARC) Fellow. Then, he continued his research training in the Department of Cell Biology and Neuroscience at the Graduate School of New Brunswick, Rutgers University, earning his PhD. Dr. Vega proceeded to a postdoctoral fellowship in the Neuroscience Department at Mayo Clinic Jacksonville, where he developed his research career focusing on the identification of proteome changes associated with the accumulation of pathological tau proteins in neurodegenerative disorders such as Alzheimer’s disease. As graduate student and postdoctoral fellow, Dr. Vega was supported by different fellowships including NIH-NRSA F31 and F32. In 2005, Dr. Vega established a research team as faculty member in the Department of Biology at the University of Puerto Rico-Rio Piedras Campus. In 2014, Dr. Vega transferred his research program to the Department of Translational Science and Molecular Medicine at Michigan State University. In addition to mentor graduate students that successfully completed their PhD, Dr. Vega also has dedicated his career to develop training programs for undergraduate students in order to increase diversity in the field of neuroscience. His dedication and commitment to mentor the next generation of researchers, especially those from underrepresented ethnic groups in science, is based on his own experiences and serve as the basis for a productive research career.